Consider a math test covering seven state standards taught so far and defined by targeted assessment questions that measure individual student ability for each standard, no longer measuring a student’s ability to simply “do math”.

Without standards-based grading, students that answers 4 out of every 7 questions correctly would receive 57% on the test as a whole - generally failing the math class at this point.

With standards-based grading, students that show proficiency in 4 of the 7 standards (each standard being weighted equally among the test questions) would receive a breakdown of which standards they have mastered and which they have not mastered. The student would still be failing the math class at this point, but the teacher and parent would be better informed as to which math skills are weak and should (or should not) be addressed.

Consider that the following third-grade math standards were assessed:

If a student is proficient in FOUR of these seven standards, how would that knowledge benefit teachers and parents? Taking it one step further, if one of the standards NOT mastered is NBT.1, rounding to the nearest 10 or 100, how critical is this standard in regards to a student being prepared for the following grade level? 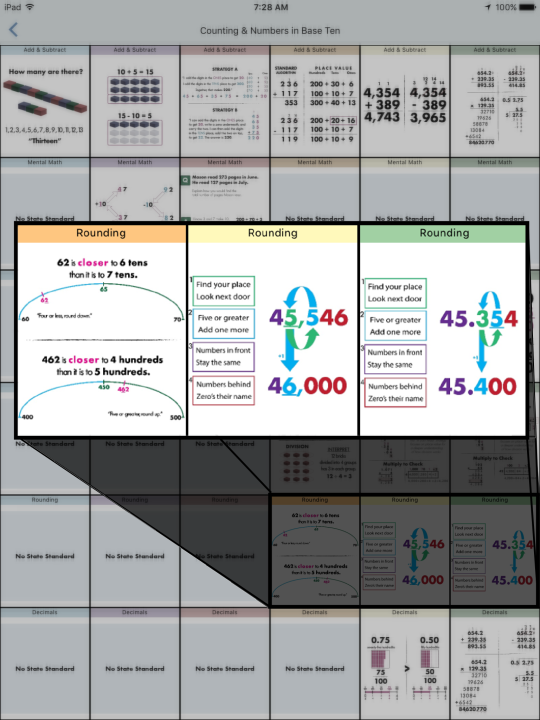 This image shows that rounding is introduced for the first time in grade three. The two years that follow apply this same basic skill but with larger numbers. The skill itself does not become more complex. As a teacher, I would not use this standard at this grade level to determine a child’s ability to “do math”. As a parent, it is important to know how a skill develops *across* grade levels to know when a skill is at a critical development point. With three other standards in need of improvement, I would prioritize which skills are targeted for students.

On the other hand, some skills in that same grade level are also introduced for the first time but clearly develop into more complex ideas with each passing grade level. Consider adding and subtracting fractions. 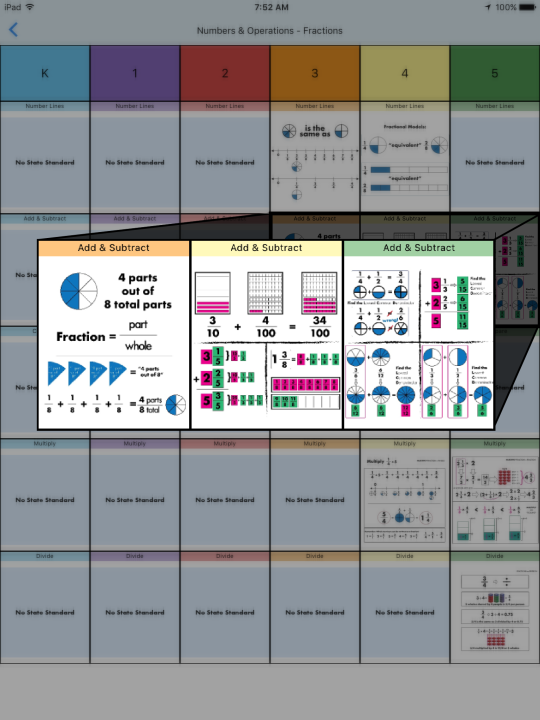 This image shows how adding and subtracting with fractions begins at this grade level and quickly develops conceptually with each passing year. A student that does not show mastery of this particular skill at each grade level will likely have a more difficult time as the skill does evolve into more complex concepts.